Do you remember Mr. Bucket? The lovable children’s toy from the 80s and 90s? I do. And it scared the shit out of then and still does now. Why does he want to suck on my balls? Why is this perverted toy for kids? 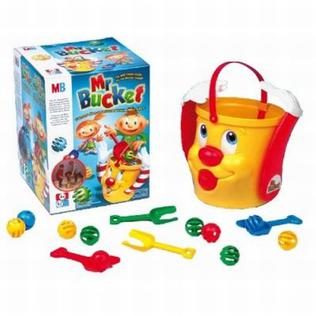 Mr. Bucket just wants to suck on your balls, kids.

My husband is a fan of The Angry Video Game Nerd (or Cinemassacre) on youtube and has been binge-watching James’ stuff for the past two months. I heard him cackling on the sofa and then he showed me the Mr. Bucket vid. If you aren’t familiar with Angry Video Game Nerd or Cinemassacre’s, you should definitely check out more of his videos. They’re all as hilarious as this Mr. Bucket skit. And don’t doubt for one second that youtubers aren’t “real” filmmakers. They work just as hard (if not harder) than the bigger names in the indie film circuit.